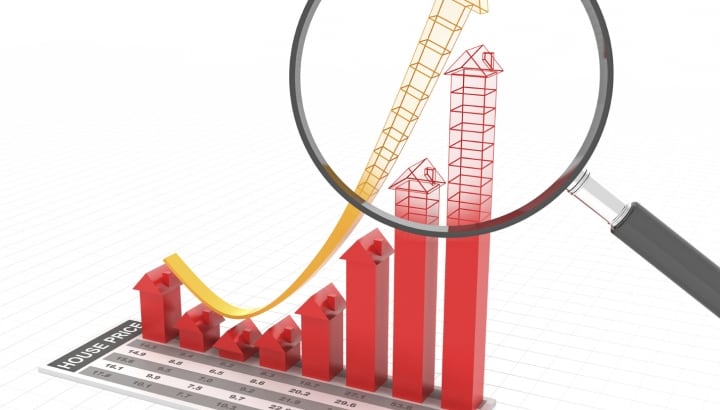 In the last few critical years of Egypts history, the growth of its economy has depended heavily on the development of the country’s real estate sector.

The real estate sector in Egypt is dynamic and reliable, serving as the backbone of the nation’s economy despite the political and economic setbacks endured in recent years. The value of real estate investments in Egypt has witnessed a sharp increase since 2001.

Labour markets in Egypt have been favourably assisted by buoyancy in the country’s property market. In 2012, the real estate sector absorbed as much as 14.9% of total employment, hiring an equivalent of 3.2 million people and in 2013 the sector contributed 8.3% to national GDP. Industry insiders have since adjusted their outlook for Egyptian real estate, projecting the sector to grow 70% from 6.3bn euros in 2012 to just over 10bn euros by 2020.

There are several factors attributed to the strength and importance of the real estate sector in Egypt. Firstly, it contributes to more than 90 industries related to construction. In fact, with the recent abundance of construction projects either currently underway or still pending final agreements, the building and construction sector is expected to attract investment of around 6.5bn euros in 2015 from both domestic and foreign investment, making it one of Egypt’s biggest revenue sources.

Additionally, the construction sector has driven continued expansion of related industries including metals, cement, furniture and power generation. Currently, the construction and development sector in Egypt makes up 20% of national GDP, rendering it one of the sectors most responsible for the economy’s increasing metabolism.

Each year Egypt not only requires more than half a million homes to meet the demands of new families, it must also continue to satisfy the existing housing deficit. Essentially with every year, the demand for houses and related infrastructure continues to exceed supply.

Improving tourism and rising visitor numbers in Egypt provide another demand-stream, with foreign investors seeking high value opportunities in the country’s many popular resorts. Ahmed Badrawi, Managing Director of SODIC, a leading private sector real estate development company said: “You only have to look at the housing supply gap to get an idea of the potential within the real estate sector. The number of homes being brought to the market today barely scratches the surface of the hundreds of thousands of units needed on an annual basis”.

With a rapidly expanding young population – predicted to double over the next 25 years – the demand for amenities to compliment the expanding urbanisation is also putting pressure on various sectors, such as commercial and retail real estate. Already 27 new urban cities have been built around Egypt with plans to increase this number to a further 59 by the end of 2017.

Around 20% of projects currently under development in Egypt are allocated to office and retail space. Even in Cairo, there has traditionally been a dearth of property purpose-built for business, with most companies operating from converted residential space.

There are plenty of high value investment opportunities in both Egypt’s commercial and residential property markets and with a high level of consistent demand from domestic buyers, buy to let opportunities are becoming widely available, particularly in the suburbs of Cairo. As more financing and mortgage options become available in Egypt, its real estate sector has the potential to soar in the coming years.