Real estate in Egypt getting snapped up due to currency 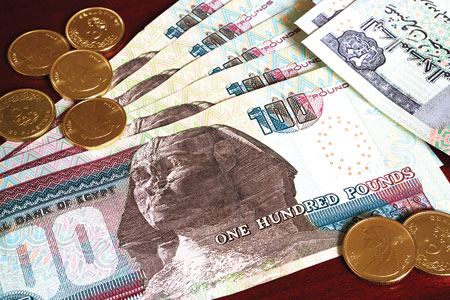 “The pounds devaluation is on everybody’s mind, and it’s sending demand for real estate off the charts,” said Naguib. “Even if banks start offering 20 percent interest rate on the pound, people will still prefer real estate.”

Egyptians have been buying property as a safe haven against a weaker local currency. Authorities, meanwhile, have spurred construction in the most populous Arab country by releasing more plots, abandoning supply-sapping public land auctions in favor of a share of developers’ profits. All of that was happening before the central bank devalued the currency by more than 10 percent this month.

The EGX 30 Real Estate Index has risen by 22.6 percent since March 14, when the central bank weakened the pound by the most since 2003.

“We have a culture that thinks of real estate as a safe investment that’s why when times are bad people tend to invest more in real estate,” Magued Sherif, managing director of Six of October Development & Investment Co., said in an interview in Cairo. Devaluation “is good for the real estate market,” he said.

All undeveloped desert lands are owned by the government, and the Ministry of Defense must ultimately approve any use of it. That leaves the government “playing the role of a broker,” according to Gasser Bahgat, chief executive officer at Cairo-based luxury housing developer Madaar Real Estate.

The government has released more land over the past two years than it offered at auction in the previous 15 years, Khaled Abbas, assistant to Egypt’s housing minister, said by phone.

With Egypt’s population of 90 million population growing at a rate of 2 million people a year, demand for housing is expected to reach about 500,000 units a year, Abbas said.

“It doesn’t matter if you’re talking to a poor farmer or to a billionaire,” said Bahgat at Madaar Real Estate. “You will get the same answer: Owning a house is their top priority. Everything else comes next.