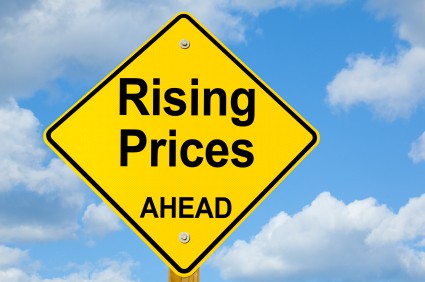 Price rises of 30% pushed up by increases in construction materials costs are predicted for the real estate market, according to Tarek Shoukry, chairman of Arabia Group.

He added that reductions in energy subsidies outlined in the draft budget for the 2014/2015 fiscal year (FY) and moves to raise energy prices have caused price rises in materials such as steel and cement.

Shoukry, also a member of the Egyptian Real Estate Investment Division, noted that 2014 represents an opportunity for buyers to take advantage of current prices. These prices are set to rise due to pressure of increasing input costs for construction materials, particularly as the price of cement rose 40% in one year alone.

Shoukry believes that once the project for 1m housing units put forward by the armed forces in cooperation with UAEs Arabtec begins, market demand will begin increasing. This may threaten to raise final property prices by some 30%, especially given the absence of workers and the rise in their wages.

According to Shoukry, the cost per metre is EGP 10,000 per metre, with a 100 square metre unit being EGP 1m. This takes into account construction costs, finishing, marketing administrative expenses, and expected profits on liquidity.

He added that land prices are unlikely to go down but are, instead, always increasing.

“You are going to see the appetite of property developers improving with regards to investing and continuing suspended projects and entering into new ones like social housing,” said Shoukry, “This is influenced by the expected stability after the presidential elections, the second step in the future roadmap, which means increased demand for building materials and a rise in the cost of the final product.”

The effect of price rises of building materials are expected early on, with the start of projects underway, which will lead companies to get going on established projects.

“Price jumps will go on for several years – and may extend for up to seven years – before their activities are restored, as happened in 2007 and 2008,” said Shoukry, “The increases will begin in the coming two years, especially because decreases in the prices of raw materials is unlikely.”

Hassan Abdelaziz, CEO of the Egyptian Federation for Construction, added: “The government lifted prices of petroleum products. This will inevitably increase the cost of production for construction materials such as steel and cement as well their transport costs, and this threatens to raise final prices for real estate.”

In 2008 there was a significant increase in raw building materials prices. Builders had contracted to implement projects at EGP 2,800 per tonne of steel at the time, but the price per tonne jumped to EGP 8,000, leading to major losses for contractors. The state intervened through a parliamentary decision to compensate contractors to resume their work.

“The law of tenders and bids immunises companies from price increases in raw materials through the price differential formula,” said Abdelaziz.

Abdelaziz added, however, that during the bidding process, government agencies try to dodge the price differential with contractors when determining what is to be included in the formula. The agencies usually limit this to steel and cement only, he said, despite many other raw materials such as aluminium, cables, and timber being a large proportion of the costs.