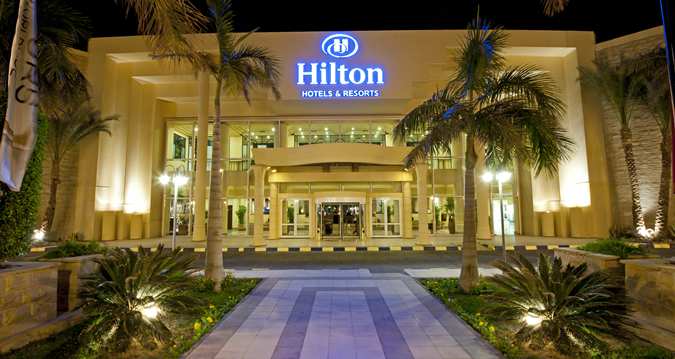 Top hotel Chain still expanding due to promising forecasts for Egypt in 2015.

On his outlook for 2015, Muhr added that Hilton Worldwide has been successfully operating in the Egyptian market for over 50 years, and is committed to sustain and expand its operations locally.

‘We are planning to open a new hotel in Egypt this year; Hilton Alexandria Kings Ranch, with a further five hotels currently under development. These expansion plans are backed by promising forecasts for 2015,’ he added.

Hilton believes that the Egyptian Ministry of Tourisms efforts to promote tourism have achieved remarkable success in terms of helping the sector to recover during 2014. Many of the travel bans to Egypt have been lifted which makes us confident about the sectors performance in 2015 and beyond, Muhr noted.

5 hotels are currently under development says hotel chains Vice President. Hilton Worldwide Hotels in Egypt has enjoyed a fruitful year in 2014, according to Christian Muhr, vice president of operations of Egypt and Levant for Hilton Worldwide.

Muhr said the hotel chain enjoyed increased performance indicators and accolades from a number of government and international institutions.

‘This is a testament to our unparalleled performance across the board, whether on the services and amenities level, the environmental sustainability level or the community service level,’ Muhr said.

‘The recognitions were awarded by leading international organisations including World Travel Awards, MENA Travel Awards, Green Globe, ISO, TripAdvisor as well as several other renowned traveler review platforms. Moreover, a number of Hilton hotels were honored by the Egyptian Minister of Tourism during World Tourism Day in Egypt.’

The initiative works to empower children at risk through offering them a means to create a profitable, sustainable project by recycling bars of soap, sanitise them and re-sell them, added Muhr.

Hilton Worldwide maintains its partnership with the Egyptian Food Bank that includes six of its hotels in Cairo, Alexandria and Hurghada, which donate thousands of meals annually to those in need.

‘In addition to the initiatives launched on the national level by Hilton Worldwide, each hotel develops its own community service programme that is especially designed to best support its respective community,’ Muhr added.