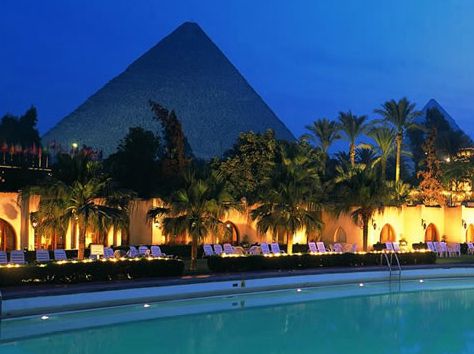 Egypt, a country that witnessed one of the worst chaos during the Arab Spring at the dawn of the decade, is witnessing a surge in interest from global property developers and real estate investors looking for bargains.

‘With confidence in the economy returning, the largest population in the Arab world, demand for housing remaining high at all income levels and tourism growing again’, Ian Albert, regional director of Colliers International and a Sponsor of the Cityscape Egypt exhibition said.

No country embodied the Arab spring better than Egypt. Protest after protest, weeks long sit in at the Tahir Square and with the army were scenes far too common during the 2011 uprising.

Continued power play over the coming months had its cost and real estate investor avoided the north African country like a plague.

This has however changed in the last three years, says Ayman Sami, head at investment management firm JLL Egypt, who says hes confident on the growth path the countrys property sector has taken.

‘The primary residential real estate market in Egypt remained strong throughout the past three years with some developments witnessing a 30 percent year-on-year increase in selling prices. As confidence returns to the market we are now seeing that Hotels, Retail and Offices are beginning to follow suit,’ Ayman, who is also at exhibitor at Cityscape Egypt property event schedule for September, said in a statement.

Ayam added that historically property investments in Egypt ‘have outperformed many other types of Capital investments making it a primary driver for the continuous strong demand.’

An increase in foreign direct investment to Africa in the last couple of years has also helped boost the countrys property market, especially by increased interest by UAE property buyers, who have traditionally been big investors in north Africa, return.

In 2014, Africa celebrated its position as the worlds second largest destination, after Asia, for global foreign investment with the region accounting for 17 percent of the worlds FDI.