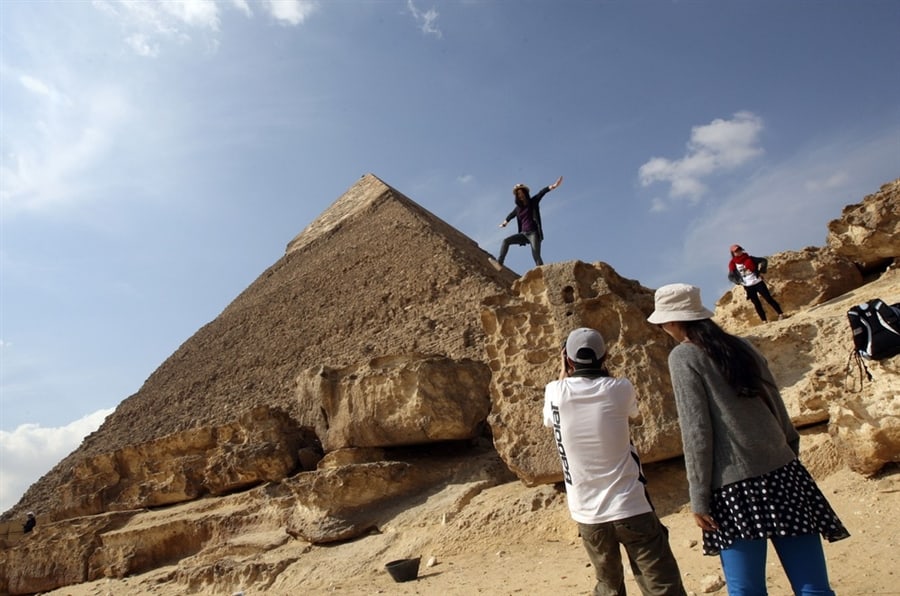 Despite concerns of political unrest, tourist numbers were up 16.4% year on year in June, according to the latest bulletins of Central Agency for Public Mobilisation and Statistics (CAPMAS) on Tuesday.

The bulletin reported that the total number of tourists visiting Egypt in June reached 988,573, up from 849, 521 the previous June.

According to CAPMAS, Western Europe provided the lions share of June tourists, followed by those from elsewhere in the Middle East.

Despite the rise in volumes, total tourist stays plunged 16% to reach 7.9 million in June 2013, compared to 9.4 million nights in the same month last year.

“These figures are realistic,” said the General Secretary of Tourism Buildings of Red Sea, Hatem Mounir. “CAPMAS build their own bulletins upon official figures from the ministries of tourism and aviation depending on the number of flights, the reservations and the nationalities of the outcomes.”

Mounir said that the occupancy rates in Red Sea City hotels in June reached 56%, which he viewed somewhat favourably given the months decrease in domestic tourism due to student exams.

In July, Mounir noted, the tourism industry grew 75%, with 40% foreign tourists, before dipping 5% in August to the holy month of Ramadan, during which most Egyptians return to their own cities.

Over the Eid Al-Fitr holidays in mid-August, occupancy rates in hotels and resorts shot up to 85%, only to fall back to 70% following the reemergence of civil unrest.

“Hurghada is the [one of the] most favorable destinations to tourists because it is much safer,” he said.

Mounir added however that both the curfew and tourist concern over unrest had pushed occupancy rates down.

Meanwhile, chamber of tourist companies (CTC) member Mohamad Saleh said he would not comment on such figures without knowing their sources. “The report might count the Egyptian expatriates who are visiting their families in Egypt during this month, or the Libyans or Syrians visiting Egypt for treatment,” he said.

Saleh said he believes tourism in Egypt is in a “critical” situation due to political unrest, but noted that CTC is in talks with some “good political figures” to motivate tourism by attracting tourists.

Saleh added that tourism is a sensitive industry which is swiftly affected by media and security, but expressed confidence that the countrys attractions could weather any challenges, adding that the government “is exerting its utmost effort for the industrys survival.”

Saleh asserted that the situation is made worse, however, by certain countries placing travel advisories and bans on their citizens travel to Egypt.

He also noted that while all cities have been affected by the unrest, Cairo and Luxor remain the worst due to the volume of protests there.