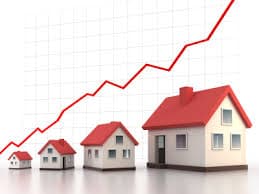 The Egyptian property market is seeing “unprecedented” growth, according to local agents.

Speaking to Al-Shorfa, experts attributed the growth to the expanding population, which is causing demand for housing to increase. As a result, construction is on the up, rising by 60 per cent at the end of 2012 compared to 2012, according to the Ministry of Housing.

“Construction activity is certainly at an almost unprecendent high level in the present period,” commented Maged Omran, a spokesman for the technical inspection division.

“There are about 40 million real estate units registered with official government agencies in Egypt, varying between residential, commercial, tourism and industrial units,” Omran added. “The actual number, especially of residential units, however, exceeds the official figure by at least 30%.”

The construction is primarily of residential property thanks to the widening gap between supply and demand. Indeed, Egypt now needs 800,000 new units a year; construction, on the other hand, is estimated to produce just 200,000, making development an urgent priority.

“Cairo, for example, is designed and planned to accommodate 5 million people,” he continued, “but the latest figures put the population of Cairo at upwards of 22 million, and residential building construction activity is in a semi-constant state of prosperity as a result.”

Upcoming tax law changes may also be playing a part, according to developers.

Farouq Abdul Latif told Al-Shorfa that the Egyptian real estate boom was also encouraged by the fact that “many developers are hurrying to complete their projects before the new tax law is issued”.